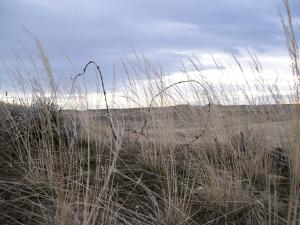 A couple weeks ago I was invited to participate in a writerly game of tag, a writing process blog tour in which writers speak about their work and then tag a friend to do the same the week after. Well, I got tagged and then missed my date to post and messed the whole thing up. But—sweet redemption!—I got tagged again. So here’s my attempt to get back in the game:

First up, Jeff Darren Muse, who originally tagged me: Jeff Muse writes and teaches along the Mississippi River in southwestern Wisconsin. Trained in science and environmental education, he recently received an MFA from Ashland University, focusing on creative nonfiction. His writing has appeared in The Common, Flycatcher, High Country News, and Poecology, among other publications, and he’s a staff writer for Hothouse Magazine, published by Newfound Journal. Jeff is working on a collection of personal essays exploring manhood, wild places, and his own inner landscape—the high points and the low. Learn more at www.jeffdarrenmuse.com.

Years ago, Jeff sent me a kind note about an essay of mine he’d read in Orion. That note meant a lot to me, as I was new to publishing and couldn’t quite believe people were out there reading. And it’s been a distinct pleasure, and lesson, to subsequently be reading Jeff’s work over the years. Though Jeff and I have never met in person, I feel like I know him through his essays: someone careful, attentive, and honest; a thinker, a wanderer; a soul celebrating and questioning the ways we live upon the earth. For instance: check out his heartbreaker of an essay “Pitman Creek,” which was originally published in Ascent—such wisdom, such kindness.

And now, Anna Vodicka, who retagged me: Anna Vodicka grew up in Sugar Camp, Wisconsin, an unincorporated town in the Great Lakes region. She earned her BA from Tufts University and an MFA in Creative Writing from the University of Idaho, where she taught undergraduate writing for three years. Her essays have appeared in Brevity, Guernica.com, The Iowa Review, Michigan Quarterly Review, Ninth Letter, Shenandoah, and other national literary magazines. She is a grant recipient of the Charles Redd Center for Western Studies and Washington State’s Artist Trust. In 2013, she won The Missouri Review audio competition for prose and was shortlisted for Best American Essays and a Pushcart Prize. She has lived in South America and Spain, and she has sung for diplomats and Disney World and in the streets of Paris. She has been waterskiing as long as she can remember. And while she once had ambitions to be a game show host and President of the United States, she gave up those dreams to be a writer. She currently lives in the island nation of Palau, in western Micronesia, where she is at work on her first book. You can find her webpage at: http://www.annavodicka.com. She blogs at: http://annavodicka.wordpress.com.

I first met Anna Vodicka in the spring of 2013, at the annual Get Lit Festival in Spokane, Washington. We were scheduled to be on a panel together—“My Truth, Your Truth, Their Truth: Writing Memoir”—and it turned out to be hands down the most fun I’ve ever had on conference panel. One of the other slated panelists didn’t show up, so Anna and I just talked—about memoir, about truth, about writing. We read from our work, we laughed, we told stories and bullshitted with the audience. I so enjoyed and learned from our conversation that day, and I continue to delight in and learn from Anna’s writing. I was going to try to pick one essay to link to, but I love too many of them. All so sharp, so perceptive and well made, so necessary—here are a trio of favorites: “On Modesty,” “Girl/Thing,” and “There’s a Train a’Comin’.”

And, now, on to the writing process questions I was tagged to answer!

And here’s who I tagged: Russell Rowland. Russell Rowland has published three novels, In Open Spaces (Harpercollins 2002), The Watershed Years (Riverbend 2007), and High and Inside (Bangtail Press, 2013). His first novel received a starred review from Publishers Weekly and made the San Francisco Chronicle’s bestseller list. His second was a finalist for the High Plains Book Award. He has an MA in Creative Writing from Boston University and has taught in several institutions. He currently lives in Billings, Montana, where he teaches workshops and does private consultation. You can find him online at: http://russellrowland.com.

I remember a lonely evening driving east across Montana on Highway 12. I was headed home to interview my grandmother and to take her over to her parents’ old home-place on the Crow Reservation. I was in my first semester of graduate school and was trying to write an essay, trying to write about growing up in Montana, about being the son and grandson of Montanans, but I didn’t know how. Just out of Helena, I caught a public radio station; they were interviewing two western authors, Russell Rowland and Lynn Stegner, about a new anthology they’d edited, West of 98: Living and Writing the New American West. The editors read from their work, and I was so struck by Rowland’s essay, “Chasing the Lamb,” a careful, wise meditation on ranchwork; the histories, myths and realities of the west; and Rowland’s choice to live in the West and be a writer. It was exactly what I needed to hear. Even after the station faded to whirrups and static out of White Sulphur Springs, I carried his voice and his story with me. That trip eventually resulted in this essay; I have Russell Rowland to thank for it.